In August of 2019 my 5th-grade son came home from school with, what appeared to be, insect bites on his ankles and calves. We asked what happened, and he said they were playing tackle football on the field. My wife attended to him, but I found it odd he said he didn’t feel any pain when it happened. I’ve been attacked by red ants before and it was not a fun experience.

The next day arrives, and he’s walking gingerly. We were thinking it was possibly the venom from the bites. Later that evening we went to the park, and he was limping a little and not his normal active self. The next morning he claimed to have “pain in his joints” which prompted us to take him to urgent care.

To expedite this story, he was diagnosed with Henoch-Schönlein Purpura (HSP). HSP is a rare disorder (fewer than 200,000 US cases per year) that causes inflammation and bleeding in small blood vessels of the skin, joints, intestines, and kidneys. Symptoms include reddish-purple spots on the lower extremities, swollen and sore joints, abdominal pain, or bloody urine. 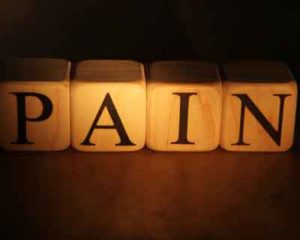 There is no cure. It just passes its course. He was extremely irritable as he was itchy, but there is no topical treatment as it’s the blood vessels. They tried steroids with no success. But out of all the symptoms, the worst part was arthritis-like pain in his joints and severe abdominal pain. We had to go to the ER a couple of times due to the extreme pain, only for them to poke my baby numerous times (couldn’t find his veins) and leave him more bruised. Then to combat that, he started to develop symptoms that didn’t fall under HSP and remained undiagnosed…including huge blisters covering his hands, arms, legs, and feet. After weeks, the doc decided to lance quite a few of them. Suffice to say he was miserable.

Let me pause as I don’t want to be dismissive to parents that have children with life-threatening health conditions, but anyone that experiences a sick child will tell you that they’d gladly trade places to alleviate their discomfort. It was very hard for me to see my son in pain like that and there was nothing I could do other than create a place of rest and peace to alleviate anxiety and try to combat the autoimmune disease.

This went on from August through December of 2019. We had to work with the school to put him on a special distance-learning where teachers would come to the house. Now he’s healthy and back to his normal self. We’ve had a couple of instances where some symptoms resurfaced, but it was nothing like it was then. I keep a folder on my phone of pics of his blisters as a reminder of the power of prayer and love.

Most of the scars from his blisters healed, but there are quite a few that remained. When he returned to school, a kid teased him about his scars. As a father, I wanted to go up to the school and dump the kid headfirst into the little recycle bin. But I calmly asked my son how he responded, only for him to tell me he politely asked the kid why he would say something like that? He explained to the kid they were scars from a rare disorder he was battling. I thought that was very mature of him to handle it with poise. The kid wrote him a letter of apology, however, I still have visions of stuffing him into a locker…with the letter he wrote <grin>. 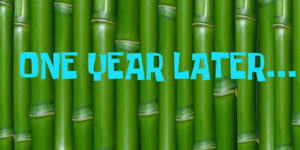 Last week, we were wrestling and I paused to check out how his legs have healed. Most of the scars were gone. I looked at one arm and as I strummed the raised scars with my fingertips, I made a comment to him that I could start applying the scar cream to it nightly if he wanted to work on smoothing out the appearance. I’m thinking that I’m being proactive so he can avoid these immature middle school kids going forward, but this brave young man shocked me and responded…

There are so many profound lessons from children. My children minister to me on levels I don’t think they will ever quite understand. I felt encouraged by the purity and sincerity of his tone.

Scars and blemishes and imperfections tell stories. However, in this age of social media filters, everybody is trying to mask who they are to their friends and family. We spend so much time trying to Voltron ourselves into a social media juggernaut. We add a piece here (scenic location) and a piece there (filter) to create an image of how we want people to see us. And how I appreciate the artistry, sometimes it’s ok to just be yourself! I assure you that is enough! And if it isn’t, maybe you need to find a new network of people to be around for your own mental health!